Grace Church School Exchange Program 2015
Every alternative year, students from our school visit Grace Church School in New York
City as part of our exchange program with them. This year, eighteen students from class
8 were selected to represent Vasant Valley in Grace Church School where we would live
with the students and go to school with them for a week. Apart from this, we would also
visit other places besides New York such as Boston, Washington D.C. and Istanbul in
Turkey.
The selection process for this Exchange Program included an essay, a presentation,
academic grades and our social responsibility skills. In the end, eight boys and ten girls
were selected. For all of us, it was the first time we were going abroad with our friends
and we were very excited. A few weeks before we left, we started preparing for the show
that we would present in GCS. It comprised of a dance, a play, the school song and a
presentation about Vasant Valley.
Soon, it was time to say goodbye to our friends and family as the day we were to leave
arrived. We were flying Turkish Airlines to JFK airport in New York via a stopover at
Istanbul. We reached New York on the evening of 8th May and were given the day at
leisure to settle to the time difference. The next day was a tour of Manhattan that
included going to the Ellis Island where the Statue of Liberty is situated. We also
watched the Broadway show ‘Matilda’ which was truly a magnificent spectacle.
The next day, we were greeted by our host families and went with them to their homes.
The following week would be spent going to school with them. This was a very special
experience for all of us as we learnt how families over there lived and how their culture
and day-to-day life was so different from ours. Grace Church School itself was also in
many ways different from Vasant Valley. We would attend classes with our hosts and be
part of the school community for a week. This was perhaps the most enriching
experience of the whole trip. On our last day at the school, we presented the show that
we had prepared for Grace Church School. Everyone really enjoyed it and at the end, all
the hosts were invited to join in the dance, which was an amusing event.
On 16th May, we left our host families and started on our journey to Boston in
Massachusetts. There we visited Harvard Square, a prominent shopping district near
Harvard University. We also had a guided tour of the city by a man in 17-century clothes,
who pretended to be three hundred years old! Nonetheless, we all found it a very
innovative and informative tour. We also went for some whale watching and saw some
very large toothed whales. However, the main highlight of our visit to Boston was the
‘Boston Duck Tour’. In this tour, we went on a vehicle that could run on both land and
water!
After this, we took a plane to Washington D.C., the capital of the nation. At first glance, it
appeared to be very similar to Delhi, with low-rise buildings and spaced out areas. We
saw the White House and the Capitol Building in a tour on our bus and also visited the
Smithsonian Museum of Natural History. The museum, in addition to being one of the
fourteen Smithsonian’s in the world, had exceptional exhibits and really intrigued us and
aroused our curiosity for natural history. On our last day in D.C. and our last day in the
U.S. we were left to do some shopping in a mall. Many of us looked forward to this and
we bought many gifts for our friends and family.
On 21st May, we reached Istanbul in Turkey, the city that is part of two continents. It
reminded us a lot of home with the souvenir shops, street hawkers, the smell of spices in
the air and of course a culture that was very similar to ours. For the first time, after many
days, we got the opportunity to eat proper Indian food and we all gulped it down as soon
as it was given to us. The next day was spent in visiting some mosques and museums
and also The Grand Bazaar that was an enclosed area with thousands of shops for
souvenirs, jewellry, Turkish delights, etc. We also went to an island on a cruise and
experienced some rural atmosphere of Turkey. On our last day, we took a cruise across
the Bosphorus strait, which divided Istanbul into the Asian side and the European side.
To finish of our trip, we paid a visit to the Spice Market where we all bought some spices
and Turkish delights.
We left Istanbul on the 24th May and started the final leg of our journey back to Delhi. We
were all very exhausted after the long excursion and itched to meet our parents and
friends. It was a very beneficial adventure for all of us and we had to digest so many
experiences and learning’s by the end. We had an amazing seventeen days with all our
friends, our teachers, and of course the new friends we had made over there. It was a
special journey that all of us will cherish for many days to come…
Dhruv Rattan Nashier
8 C 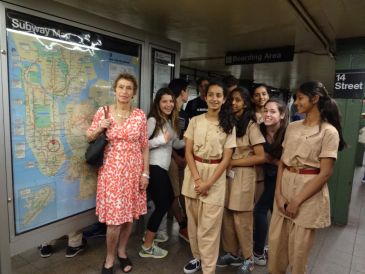 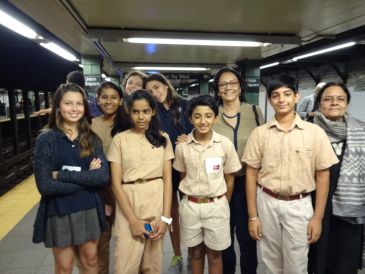 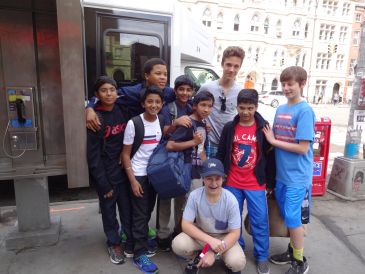 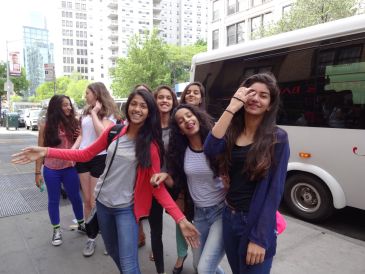 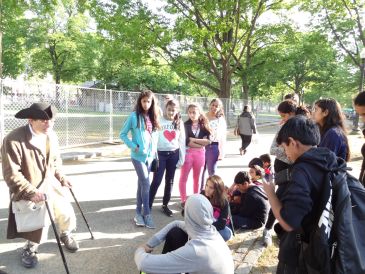 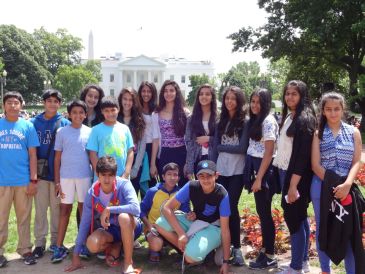 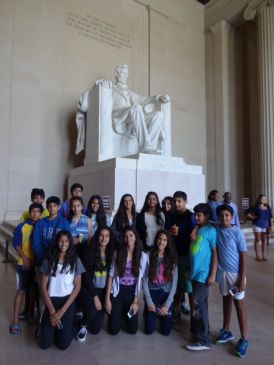 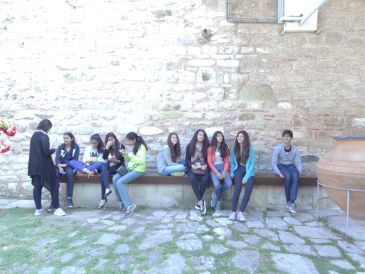 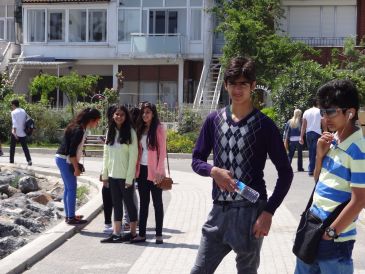