The interactive session with Professor Harris was a breath of fresh air in unlocking the world of the cult “Shakespeare”. William Shakespeare has earned the respect of millions across the world for his witty remarks in his plays. However, none of us could have ever known the depth of his brilliance. Professor Harris analysed Shakespeare’s mastery over linguistics and showed us how this playwright’s use of iambic and trochaic meters in the lines he wrote foreshadowed the events of the play.

The songs in Bollywood movies like Omkara, an adaptation of Othello, follow the same iambic or trochaic meters which match Shakespeare’s verses. Professor Harris’ light-hearted and thoughtful personality made the session very engaging and left each of us to explore the works of Shakespeare with a new and appreciative eye. 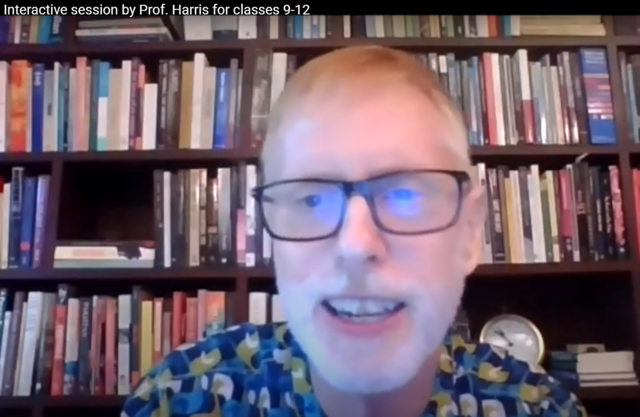